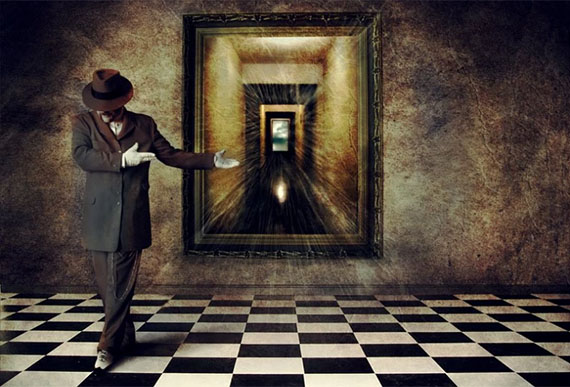 it is the new and very effective method of personal transformation.
Through the symbols and visualizations you get in touch with your innerself,
with the deap reasons of any situation in your life.

Story by story you clear and reprogram your life for more success, happiness, love and realizations.

Yin-yang is one of the most striking practices in the Emotional-Visual HypnoTherapy.

The sessions with clients in this method produce effect right away, both in the mind, the face and the body. The perception of yourself is changing.

In this session we do into release and integration of the inner male and female parts in the client.

In the hypnotherapy sessions internal restrictions, attitudes formed in childhood or at the past incarnations may emerge.
In the emotional-visualhypnotherapy they are very gently identified and integrated.
Usually this is very tasty, emotional and deep work - taking place at the levels of unconscious.

After finishing the TRIAL session you can register for the Dreams Alive Personal Growth Hypnotherapy program.
Check more details - here.

TESTIMONIAL. The first session in the method of figurative therapy ("Man and woman"). Marina
So. I began to notice that people began to be attracted by themselves to me. Unfamiliar women began to say friendly words, one of them even shared with her ears)) A friend gave a gift for no reason.) The men also burst through, probably .. the boss had a thoughtful expression on his face. Usually he yelled like not normal when you did something not for him. Now something else will pop up in his eyes ... as if he is peering into me. Another man suddenly became interested and inquired about me .. although I saw him only a couple of times and then not for long. And who do you think he is ?? A businessman from Moscow))) He wants to go to karaoke with us to sing))) .. so far as that)))

TESTIMONIAL
With the vision of the beautiful image of my inner woman, everything began to change.
First, I matured in consciousness. This is manifested in many ways. The main thing is that my program seemed to be rewritten from "always leading to the emotions of others, close ones" to "conscious feeling of Myself and being myself. Whole."
Sometimes I just feel that I have lost my temper, I immediately remember the image and voila I am back in myself! In a beautiful self. I realized my charm and beauty. I will say more I allow myself to be myself !!! Beautiful, radiant, sexy.
And in a relationship with a husband it works very much. He said oooh hi! It's you! You are real.
Many prohibitions that I once imposed on myself have disappeared.
All in all a great job. I am glad to welcome myself, thank you, I am a gorgeous woman, this is my motto! No more whining just chic and shine!
There is more of me in my life! Real me! Joyful radiant loving beloved!
I don’t even know how to describe it so figuratively. I used to be They. And now I I am! In his best.

TESTIMONIAL on the first session (Yin-Yang).
I would like to leave my feedback on working with Andrey with the Yin-Yang technique.
First, I really liked it) I saw my inner man and woman. I was very surprised at the image and appearance of my inner man. Initially there was rejection and rejection.
In the process of work, transformations took place. The image changed. As a result, he became completely different.
It was possible to achieve harmony between them. And when you integrate into yourself, the feeling is just incredible. A very clear feeling of a man next to me, even I seemed to see his place and him in this place next to me. A sense of security, a sense of care and support, but just masculine and strong. This is not about me myself, but about when about you and for you. It is very cool. And my inner woman just blossomed and felt protected, relaxed, calm and harmonious.
In general, I am very happy and grateful! Andrey, it is very pleasant to work with you and I liked the way you conducted the process itself: sensitive, attentive, soft and easy. Thank you!

TESTIMONIAL on my session of working with a client in the Imagery Therapy method (with translation :)
My tip: I was interested in this work to diagnose and correct internal archetypes.
During the session, I was happy to receive a couple of useful and unexpected ideas. Immediately after that, there was an emotional shock.
I suddenly noticed areas of my life that were suffering and could be improved. Some obstacles to monetary freedom have emerged.
After the session, my energy feels smoother, cleaner, more balanced, I feel more collected.
I also began to notice deeper qualities and interesting properties in other people, such as opening the heart.
It taught me how to access the subconscious mind in a new way and make changes in a very simple but effective way.

TESTIMONIAL. First consultation in the course of Emotional Therapy.
1. Somehow the perception of the world around me has slightly changed, I have become more collected or something. It’s as if I’m a ball, and the world is happening around me. The ball rolls and the world around it changes.
2. Today, the day after the session, I came to work and, while participating in 2 meetings, I clearly felt I was the master of the situation. Previously, I was a little embarrassed that I was pulling the blanket over myself, but today it was harmonious, it was natural to behave like that in a businesslike manner.
Yes, the key sensation has appeared - how "like a business", how "I can", like "this is my world and I rule in it" ... Something like this. Before the session, before, I was somehow ashamed of something or somehow I could not feel that way, but now it’s as if everything around me is happening exactly as I need it, although I don’t think anything and don’t want anything, it’s just a perception.

Thank you for the work done within the EOT. Initially, I tried to get acquainted with the principle of work, but as a result I discovered a whole part of myself. It's amazing how selective the psyche is, and how little we know ourselves, displacing 30-40% of the personality. It was especially interesting to track the duration of the effect. And in my case, for 3 days after the session, the influence increased.
1. The female part was previously ignored by me. After examining it and accepting it, I found what I always lacked - ease, carelessness, joy from the moment, the ability to enjoy.
2. The male part, thanks to the words of the female, relieved itself of the overwhelming burden of responsibility, and thanks to her attention, it gained rigidity and purposefulness.
3 The distribution of "shares" between them helped to understand that one or another aspect can be manifested depending on the situation. Use as different modes. And at the same time, there was a feeling of inner unity and harmonious connection.
4. From the first day, active changes in life began to occur. Social ties became stronger. Let's go finance (unexpectedly). Information on request began to appear, and people were the first to raise the questions I needed.
5. And at the same time, the initial request for doubts and uncertainty has been replaced by a firm understanding that everything is going right.
Thanks Andrey, the method really works. I look forward to new meetings and recommend it to everyone.